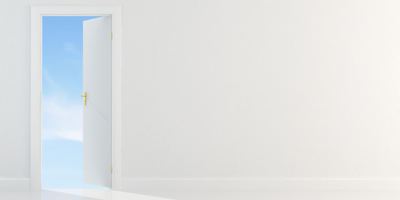 I recently found myself struggling with the toughest career decision of my life. I was trying to choose between two very different options. One was to stay in my current job, which provided lots of reliable income and benefits as well as long-term financial security.

But it wasn’t work I was unusually excited about doing.

The other option was to become a full-time writer and speaker. It was something I was truly passionate about, and through it I could make a tangible impact on people’s lives.

But that provided no long-term financial security, and no steady paycheck.

I figure you’re never too old to benefit from someone older and wiser. So I wrote my 80-year-old father a letter and asked him what I should do. But instead of just giving me advice, he shared a story about himself as a young boy that I’d never heard before. His letter said,

Son, when I was 5 or 6 years old I knew exactly what I wanted to do when I grew up. I wanted to be a singer—yeah a singer—like Bing Crosby, Frank Sinatra, or Tony Bennett. My mother always had the radio on listening to all the popular music of the day, and I listened. And I just knew that’s what I wanted to do.

By the time I started 1st grade I knew all the popular songs—words and music by heart. About the 2nd or 3rd week of school the teacher asked if anyone in the class had some talent like dancing or singing or doing magic tricks—things like that. Well, I put up my hand and said I could sing popular songs. So she asked if I would sing one for the class.

Despite the fact that I’d never sung in front of anyone except my mother, I said yes.

I picked my favorite song, and I did it. I sang the whole song—all the right words and melody. I still remember the song. It was I Don’t Want To Set The World on Fire by the Ink Spots. When I was done, the teacher and students applauded. And that’s when I was certain, that's what I was destined to do with my life.

Well, that turned out to not only be the first time, but also the last time I ever sang in front of an audience.

Life got in the way. But it really remained my dream for the rest of my life. I just never had the courage to pursue it.

And as if that story by itself wasn’t enough to motivate me, my father closed the letter with three sentences that literally took my breath away, and changed my life. He said,

“I’d love to see you pursue your dream. But that doesn’t mean in your lifetime, son -- that means in mine.

Those words hit me like an unexpected kick in the head.

Everything stopped, except for my heart, which was now beating out of my chest, and loud enough to hear. I read his words again. (‘Did he say what I think he just said?’).

My father had laid down the gauntlet in front of me, and challenged me to pick up. Not sometime in the future, many years down the road.

Many of us harbor a secret dream we’re too afraid to pursue. And as long as we are the only one we’re disappointing I supposed that might be ok. But we all probably have someone in our lives we care about that also wants to see us pursue our dreams. That might be a parent, a sibling, spouse, friend, coworker, or child.

Whoever that is for you, if you won’t pursue your dream for your own sake, do it for them. You’ll make two people happy in the process.

Oh, by the way, the week after reading those words from my father, I walked into my boss’ office and resigned from my 20-year career to pursue my dream.

Paul Smith is a former director and 20-year veteran of the Procter & Gamble Company, and author of Lead with a Story: A Guide to Crafting Business Narratives that Captivate, Convince, and Inspire

Paul’s newest book, Parenting with a Story, documents 101 inspiring lessons like this one to help you, and your kids, build the kind of character anyone would be proud of.

This was originally posted on Evoke on March 16, 2014. Here are a few more posts by Paul on Evoke.

Are You All in? 1 Motivation Tip Most Leaders are Too Afraid to Try (but should)/a>

What 6 Year Old Twins can Teach Your CEO about Change