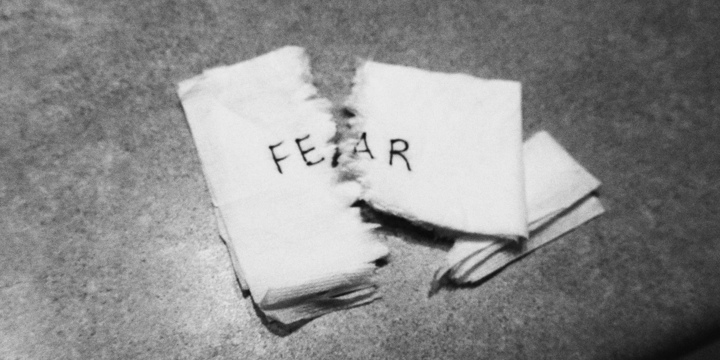 “Facing your fears robs them of their power” ~ Mark Burnett

We all face fear.

Sometimes it's a fear of failure, other times a fear of the unknown. Unchecked, it can grow over time. For some, fear can be overwhelming.

How often have we wondered, "Can we tame our fears? Can we find a way to face them?"

Here's a lesson from my friend Navin. For years Navin struggled to let go of the fears holding him back. Today he has a full life as husband, father, and corporate manager. Navin's also an entrepreneur, a career re-inventer, and a philanthropist who launched a foundation to educate children in India.

Navin and his friends created a process to break the grip of their fears. Instead talking endlessly about them, wishing for things to be different, they look at their fears.

Seeing their fears on paper gives them a fresh perspective and unlocks new choices.

Navin’s first napkin said, “The one thing I want to change about myself is a fear of change.” He had a paralyzing fear of change and the uncertainty that came with it.

His last napkin was revelation: Many years ago Navin's father made a significant job change that ended negatively. Not until Navin saw the last napkin did he realize how profoundly this change affected him.

Then things fell into perspective.

Navin could see that his major decisions were tied to his father's decision.

Navin no longer wanted his future to be dictated by his past. He picked up the napkin and tore it in two. The once powerful fear lay on the table, powerless.

Are you cycling in an endless do-loop?

Are you tweaking skills or changing jobs but still feeling trapped? Do you keep reliving past regrets?

Face your fear in black and white.

Separate your fear from its symptoms like procrastination and indecisiveness, and look for your defining event. Transform your fear from an overwhelming feeling to a manageable series of events and choices.

And when you map out your past, you can write a new path to unlock your potential.

Looking for more inspiration? Check out these popular Evoke posts.

How to be Heard When Everyone is Talking

Promote Yourself without Sounding Pushy

Interested in unlocking your career potential? I’m a career and communications coach. Contact me at reo@evoke.pro to get more information.

I help people express themselves more simply, clearly and persuasively. Ask about my workshop, "How to say who you are and what you do in 20 words or less."