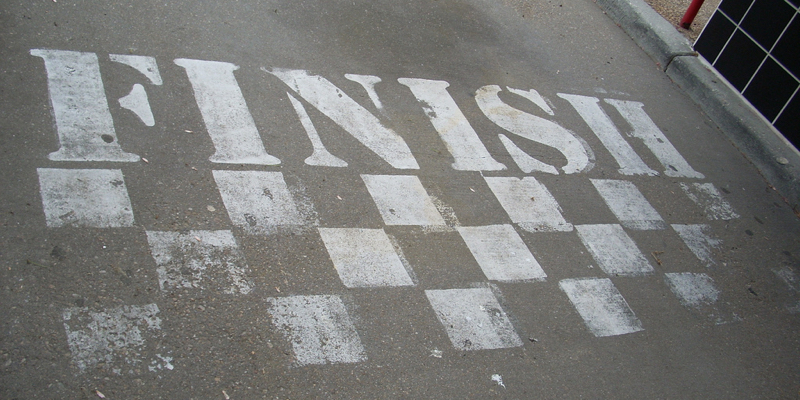 Are You All in? 1 Motivation Tip Most Leaders are Too Afraid to Try (but should)

When Spanish Conquistador Hernando Cortez landed in Mexico in 1519, he famously burned his ships.

With no way home, his men were more motivated to accomplish their goal, which was to conquer and colonize the interior of Mexico. Cortez knew that with such a dangerous mission, his odds of success were much greater with the complete commitment that comes from knowing that neither failure, nor retreat, were a viable option.

There’s a lesson in Cortez’ wisdom.

Even for smaller and less gruesome objectives. I put that wisdom to the test myself as a 16-year-old high school junior.

The result was one of the proudest moments of my young life.

A high school track team is like any other sports team.

There are a limited number of positions athletes have to compete for. In track, each team typically fields their best two runners in each event.

If you’re not one of the best two, you don’t make the team.

I had the number 2 position for the mile run on our team at Conway High School. I’d been to several meets with rival schools, but hadn’t finished in the top three in any of them.

That was important, because only the top three finishers in any race earn a ribbon and points for their team. Further, the only way to earn a letter jacket was to score at least one point in a sanctioned track meet.

Halfway through the season, I was ribbonless, pointless, and still wanted desperately to earn my letter jacket.

I decided my best odds of scoring in a meet was to compete in a shorter race.

I told my coach, Bob Wilson, I wanted to try my luck at the 880 yard event—a half mile race. He agreed, but explained the risk. “In our next meet, if you still want to, I’ll let you run in the number 2 spot in the 880 in place of Matt Cooper, and he’ll run your number 2 spot in the mile. You think about it and let me know what you decide.”

He didn’t have to explain further.

I understood the risk.

If Matt ran a better time than my best in the mile, and I failed to beat his best time in the 880, then Matt would hold the number 2 spot in both events.

I would essentially be off the team.

And as much as I wanted that letter jacket, sitting out the rest of the season was not a pleasant thought.

I considered the offer for the rest of the week.

My best practice time in the 880 was several seconds slower than Matt’s. I’d even had the chance to run against him in a practice meet, and lost.

But there’s something about the adrenaline rush of a full-on competition that brings out your best performance. Matt’s best recorded times were in those real competitive situations. Mine were practice. And maybe if I knew he could take my spot in the mile, I’d be even more amped up at race time.

I decided to take coach Wilson up on his offer.

In the next meet, Matt and I switched events.

As fate would have it, the mile run was two hours before the 880. On the infield, I watched Matt run my race—four grueling laps around the track. In my head I battled the conflicting thoughts of wishing well for my teammate, and my own selfish desire to maintain my spot on the team.

Huddled near the finish line to see the official times, I watched as Matt finished the race a good 10 seconds better than my best time.

Cortez was burning my ship.

Matt Cooper had just put me out of a job.

I had the next 120 minutes to muster every ounce of speed I had.

Now I wasn’t just fighting to earn a ribbon, but to keep a place on the team.

When it was my turn to race, I knew exactly what I had to do. Yes, I had to beat Matt Cooper’s best 880 time, around two minutes and five seconds. But the problem was, without a huge time clock to rely on, the only way to gauge my speed was in relation to our #1 half miler, Keith Gatewood.

Matt usually finished 1-2 seconds behind Keith. But how close would be close enough? And would this be an off day for Keith? The bottom line was, in order to be sure I’d stay on the team:

I started my race with high hopes.

But two thirds of the way through, Keith was 20 yards ahead of me, and I was in about 10th place out of 16 runners.

I knew every runner would put in their final kick in the last 100 yards of the race—the final dash at full speed down the last straightaway. In order to even get close to Keith, I would have to start my kick sooner than that—on the final curve.

But even a high school geometry student knows trying to pass anyone on the outside of a curve means you’ll be running farther than everyone else.

And the inside lane is taken by the runners ahead of you. So passing on the curve is a high-risk strategy.

But I was already in a high-risk game, so it didn’t matter.

I passed four runners from the third lane around the curve. And coming into the straightaway, Keith was just a few paces in front of me.

It’s hard to explain to someone who’s never run a race like this what it feels like to sprint all out for the final 200 yards of a half mile race. Your heart is racing at over 200 beats per minute, at the very edge of your cardiovascular limit. Your legs start to feel numb and rubbery as they near complete muscle failure. If you kick too soon, you could literally collapse on the track before the finish line.

The point is, every single second you struggle with the decision to keep this excruciating pace, or break stride just enough to relieve the strain on your heart, lungs, and legs.

With 100 yards left to go, most of the runners were just starting their final kick that I was already 100 yards into. Maintaining that pace was a battle of will between my mind and my body.

But I wasn’t just fighting for a ribbon.

I was fighting to stay on the team!

So I pressed on.

I passed Keith at around 50 yards to go, plus two other runners just before the finish line, placing third in the race. My good friend and teammate Tim McKenna ran onto the track to meet me with a huge smile on his face. “You ran a 2:03! Coach Wilson almost choked on his whistle when he saw you passing in the third lane!”

I left that meet with my spot on the team intact.

I earned my first ribbon, scored 1 point for my team, and earned my letter jacket: Everything I wanted to achieve over the rest of the season...

All in one race.

Both Matt and Keith were better athletes than me in high school, earning letters in both track and football. Twenty-five years later they still are.

Matt is a Colonel in the U.S. Marine Corp at Camp Pendleton, California. Keith lives in Memphis, Tennessee, and by the looks of his buff pictures on Facebook, is in the best shape of his life.

But despite being outclassed by better athletes, I accomplished my mission that junior year, and learned a valuable lesson about motivation.

Removing your retreat option is definitely a risky strategy.

But it’s also a highly effective one.

If you want to motivate yourself to achieve something great, even if it’s just great to you, consider ways you can follow Cortez’ wisdom in your situation.

And then burn your ships.

Used by permission. This originally posted under the title, Beating Matt Cooper: Lessons in Motivation for Modern Day Conquistadors

Paul Smith is a bestselling author who’s newest book, Parenting with a Story, documents 101 inspiring lessons like this one to help you, and your kids, build the kind of character anyone would be proud of.

He’s a former director of consumer research and 20-year-veteran of The Procter & Gamble Company. Today he is a corporate trainer on leadership through storytelling based on his bestselling book Lead with a Story. You can ﬁnd Paul at www.leadwithastory.com

Here are a few more posts by Paul on Evoke

What 6 Year Old Twins can Teach Your CEO about Change