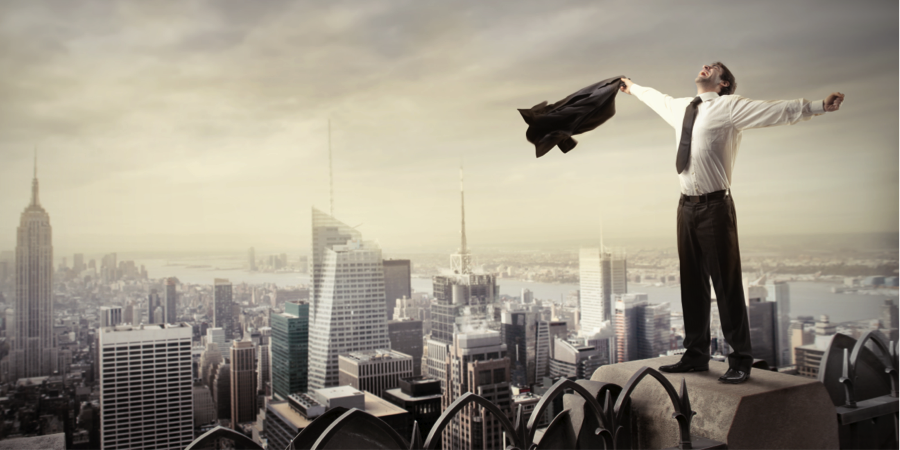 Early in my career I didn't understand leadership. Not at all. I set direction, trained people and managed performance. I had strong skills and results. I was a good manager.

Until someone taught me to exceed.

At my 5 year mark with P&G I had my first management promotion. I was thrilled. Then I was told I was going to be the Plant Safety Manager, and my heart sank.

The Plant Safety Manager was dismissed as a "traffic cop", busily confronting people for walking too fast or not using handrails. It was considerably less prestigious than the operational role I had been hoping for.

My first meeting was with the Plant Manager, Bernie O'Keefe. Bernie was relatively new and had started transforming the plant from "not last place" to first. Safety was one of the worst results, and he wanted to set goals for the next year.

At the time the plant injury rate was 2.3%. That meant 2.3 people out of 100 were getting injured seriously enough to require a doctor's intervention. For a site of 650 people, that's 14 serious injuries a year.

Unbelievable. I had suggested a reduction of over 30%, and he wanted more than 50%. Disbelief turned into frustration. No amount of protest swayed him, and I was stuck with an impossible goal in a job that I didn't want.

While Bernie did not agree to reduce the goal, he did offer to mentor me. Over the course of the year he taught me about vision, mission, and priority setting. And perhaps most importantly, he taught me how to inspire 649 people to follow me.

Fast-forward 12 months. The plant achieved a 1.0% injury rate, and would sustain it. That was 8 fewer serious injuries per year; 8 people whose hands, eyes and backs would be kept safe. When we reviewed the final results, Bernie told me how proud he was of me and what a difference I had made, not only for the individuals, but their teams and their families. It is still one of my proudest moments as a leader.

Not only was the plant safer, but a 30%'er had learned to exceed.

None of this would have happened without the "impossible" goal. Bernie taught me the importance of goals and high expectations. I learned to strive for excellence and to have the courage to try. I learned that people want to be led and led well and will rise to the occasion to do the impossible.

10 years later I was promoted to the top 1%, the first Asian American woman to achieve this in the supply chain & logistics function.

Do you want to exceed?

Set high goals. Expect the best from yourself and the ones you are leading. You will not just excel. You will exceed.