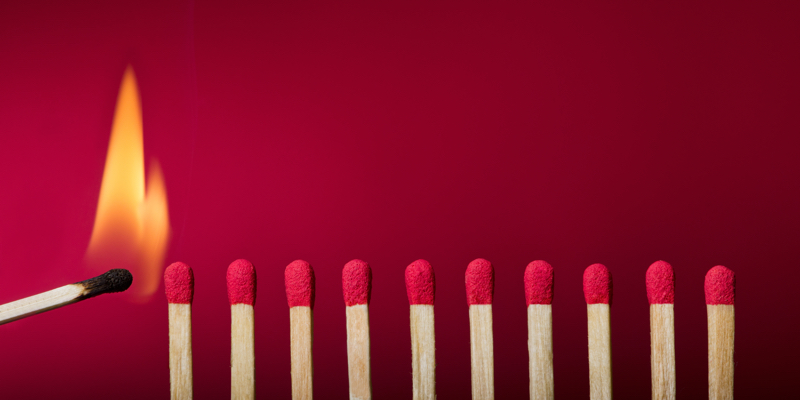 I have learned the meaning of "power" in the past few weeks. When Reuben Carranza, the CEO of The Wella Corporation resigned, I wrote a post reflecting on his impact on the industry, business and me.

I was wrong about his impact.

Reuben's impact was far more significant than I had realized. There was an outpouring of appreciation that extended well beyond his family, friends, and co-workers. Reuben also received recognition from an impressive range of community leaders and business heavy weights, both in and out of the beauty industry.

How does a corporate guy with no salon industry contacts or experience rise to prominence in 8 short years? Not by taking over people, but by winning them over.

When Reuben started in the salon industry, he had no professional salon experience other than being the son of a stylist. He had over 15 years of corporate experience with Fortune 500 powerhouses: Walmart, Kroger, and Costco. That's a far cry from selling to a salon owner with 5 chairs in her salon. Reuben may have had power in the Retail world, but he had none coming into the professional beauty business.

So Reuben built influence, one person at a time, and developed relationships that would change the industry.

"I live by the The Golden Rule - treat others as you wish to be treated. This was a core tenet of my mom and dad's parenting and has been one of my core values. This always guides how I operate and treat people. I believe that everyone is trying their best and wants to do well. I’ve been on the wrong end of being dismissed, discounted and treated poorly – I know what that feels like. I strive to never make others feel like that."

Reuben touched many lives and changed the salon professional industry. Not because he was a "good guy," or a savvy Facebook user. Not because he had positional power or an army of thousands at his command. It was because he earned people’s respect and therefore the right to influence.

Do you want to be a great leader? Don't lead with power. Lead with influence.