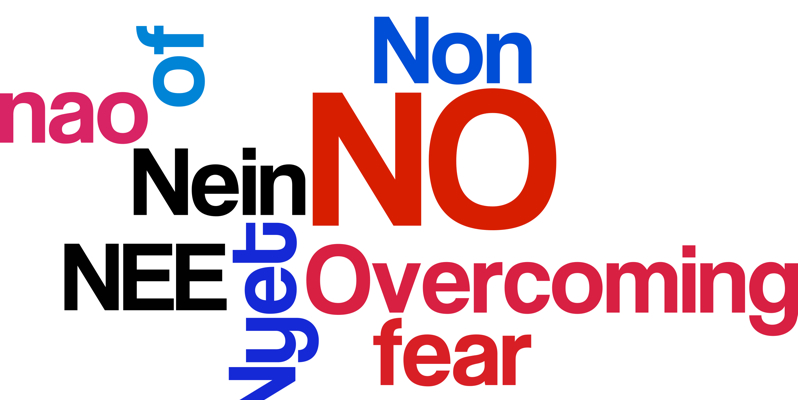 Overcoming My Fear of No

One of the most inspirational people I know is my friend Roger, a media consultant. Roger broke from his humble beginnings working as a cashier at a fast food restaurant to launch an internationally recognized media empire. He is also a loving father and generous patron of many charities. When I ask Roger what his secret to success is, he simply says, "I believe there's ALWAYS a way."

Roger believes that nothing is impossible, and everything is possible.

To Roger there are only 2 cardinal sins: not trying and giving up too soon. I was sometimes embarrassed by his tenacity. "Aren't you afraid of someone saying 'no'?" I would ask. He would respond, "WHY do you let the fear of 'no' stop you from even asking?"

I realized that even though I was taking lots of shots, I wasn't taking every shot. I wasn't taking the shot when I was afraid of the possibility of a negative response. I was measuring my success based on the percentage of safe shots I was making, but who knows how many opportunities I was passing up out of fear.

Why do we let the fear of "no" stop us from taking the shot?

Being told "no" is the same as not asking. So why not ask? There is no downside to asking and being told "no." BUT there is upside: being told "yes."

When I started working on Evoke, Roger challenged me. "Don't limit yourself. Never stop yourself before you even try. Always assume you will get to 'yes'. Only stop when you know you have done everything you could to achieve your mission."

Success is not letting fear stop me. I'm taking the shot.

Ready to take your shot? Check out these popular posts on Evoke:

Still stuck by "what if"? Check out Are These 2 Words Stopping You and break free!