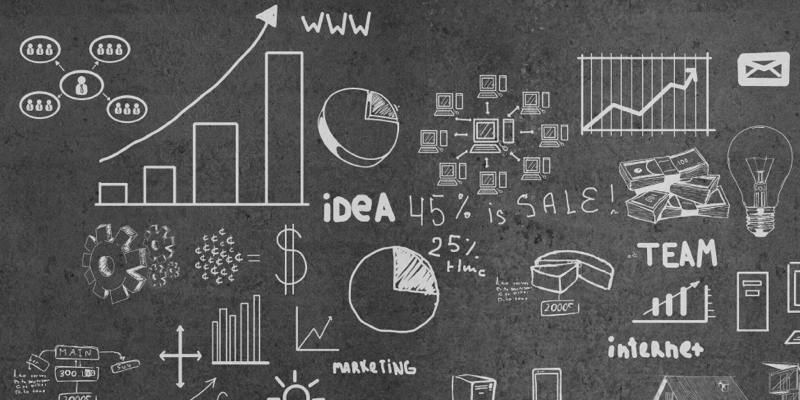 How to make Complicated Ideas Easy for Anyone to Understand

"Vision without action is merely a dream" Joel A. Barker

And the guy with the breakthrough idea.

Or the woman taking on conventional wisdom.

Perhaps you have a novel idea or a moon-shot solution, and you’re trying to get buy in.

And no one gets it.

You try to show your audience the overwhelming data that supports your position. But instead of being more understandable, you're even more confusing, and they're not buying your logic.

But you still need funding or approval. You have to communicate something.

Analogies act as shortcuts from your audience’s understanding to yours. They are simple, concrete and visual, and can quickly turn even the most complicated and disruptive ideas into easy-to-understand, compelling concepts.

We're even wired for analogies. According to John Medina, author of Brain Rules, the brain likes things that are visual, simple and familiar. He says, "Information is more readily processed if it can be immediately associated with information already present in the learner's brain."

So step away from your computer, your worksheets and powerpoint decks. It's time to try something simpler.

Here are 4 types of analogies that will transform your clarity

Do you want to communicate the danger in something that appears harmless? Take a page from Art Silverman from the Center for Science in the Public Interest (CSPI). Make your point by comparing your "harmless" topic to a well known "harmful" one.

In the early 90’s when the impact of saturated fat was not well known, Art wanted to call out that a bag of medium movie popcorn had nearly twice the saturated fat than the USDA recommended.

In a 1992 commercial, instead of using charts or graphs, Art compared the saturated fat in a bucket of movie popcorn to the amount of fat in a day's worth of fast food.

A medium-sized ‘butter’ popcorn at a typical neighborhood movie theater contains more artery-clogging fat than a bacon-and-eggs breakfast, a Big Mac and fries for lunch, and a steak dinner with all the trimmings — combined!

An entire day’s worth of unhealthy eating and saturated fat stuffed into a single bag of popcorn. The story was an immediate sensation, featured on CBS, NBC, ABC, and CNN, and movie popcorn sales plunged.

What are you trying to transform?

[Note: this story is edited from Made to Stick by authors Chip Heath and Dan Heath]

Looking to highlight inequity? Show how disproportionate the idea is by comparing it to something frivolous. Bill Gates epitomized this by comparing the research dollars spent on curing malaria versus curing baldness.

There's more money put into baldness drugs than are put into malaria.

Now baldness is a terrible thing. And rich men are afflicted. And so that's why that priority has been set...

Want to increase urgency or the pace of change? Compress your time scale. JFK did a magnificent job condensing the world's timeline from 50,000 years to 50.

No man can fully grasp how far and how fast we have come.... we know very little about the first 40 years, except at the end of them advanced man had learned to use the skins of animals to cover them. Then about 10 years ago...man emerged from his caves to construct other kinds of shelter. Only five years ago man learned to write and use a cart with wheels. Christianity began less than two years ago. The printing press came this year, and then less than two months ago...the steam engine provided a new source of power.

...Last month electric lights and telephones and automobiles and airplanes became available. Only last week did we develop penicillin and television and nuclear power, and now if America's new spacecraft succeeds in reaching Venus, we will have literally reached the stars before midnight tonight.

Can you hear the clock ticking down?

Are you trying to explain the magnitude of something so big or so small it's hard for people to wrap their minds around it?

Scale it to something people can see.

For example, I could never imagine the world's population, or how I could make a difference in it. Then I saw the world as 100 people.

Can you see yourself?

Want to see the world as 100 people as an infographic? Visit JackHagley

Aim for engagement, not explanation.

Then once your audience is engaged, they’ll ask you for the details. The key to quickly unlocking engagement and understanding is a simple analogy.

Looking for more ways to express yourself more clearly and persuasively? Take a look at these Evoke posts

5 Presentation Tips Your Audience Will Love

Check out the The Career Toolbox page for more practical tips and tools.

Interested in improving your communications? I help people pitch, persuade and present with more confidence. Contact me at reo@evoke.pro to get more information.

Ask about my workshop, "How to say who you are and what you do in 20 words or less."