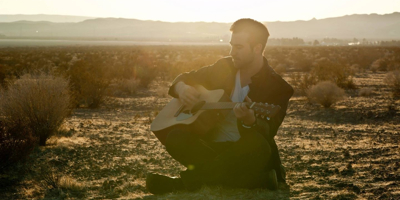 What I Learned When I was Homeless

It just so happened that I found myself, only a year after moving to L.A., jobless and homeless.

Both the lease on my apartment and my work at Neversoft (the Guitar Hero games developer) ended on the same day. With no future income, I couldn’t sign a lease on a new apartment. And I was too broke to move back home to Ohio. For a second, I thought I was doomed.

But what I learned while being homeless will stay with me forever.

Just days before I was laid off, I had been hoping and praying for a change. I had originally moved to L.A. to pursue my music career, but music kept taking a backseat to my 9 to 5 job. I was grateful for a steady, predictable income to pay the bills, but I had started to become stale. I needed freedom, but had no exit plan.

I had no idea all that I had hoped for would be at my feet the next day, whether I was ready for it or not.

The few short days following my layoff were some of the most enlightening of my life. I had nothing, so I owed nothing. I was completely out of my comfort zone, and completely out of the bubble that I had created for myself. I was forced to focus, and search deep within to find what I was made of, and to learn what I would risk to accomplish my goals.

I slept in my car and on friends’ couches, but I had never felt so hungry and alive. I attended numerous auditions, and held countless business meetings. I was in pure survival mode, stuck in an odd juxtaposition between panic and total liberation. Though I don’t recommend those circumstances for anyone, I am blessed that they were mine for a time.

With my back against the wall, I was forced into humility. I had to depend on the generosity of others, and I had to ask for help. And in doing so, I met someone who opened his guesthouse to me, and would eventually become a great friend. That generosity trickled into other facets of my life, and was what I needed to get back on track.

Within four days of being homeless I established a new living space, new music management, and the means to finish my album - all in ways that wouldn’t have occurred if I hadn't been forced into an uncomfortable situation.

Is it scary? Yes. But until we are pushed outside our comfort zones, we are rarely forced to grow in such vast and genuine ways. Once we grow and survive, we realize that that “security” may not have been as beneficial as we once thought.

Can we accept the challenges we face when pushed outside our comfort zones? Can we discard the anxiety and see opportunity in our trials?