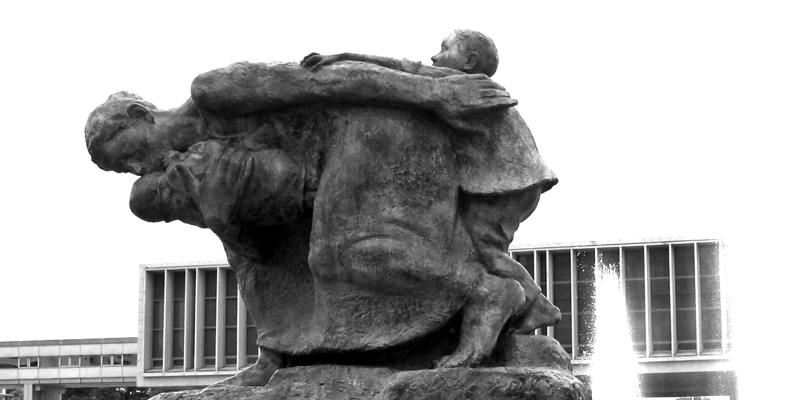 Why I Speak Up Even if Others Don't

"In the end, we will remember not the words of our enemies, but the silence of our friends." Martin Luther King Jr.

"I think you should read this."

I'm challenging a born and bred, loud and proud American, to read about Nagasaki, on the 70th anniversary of the atomic bombs that devastated Nagasaki and Hiroshima.

After all, didn't the Japanese attack Pearl Harbor?

I had just finished reading a book review of "Nagasaki: Life After Nuclear War" by Susan Southard, and felt compelled to speak.

It would have been easier say nothing.

Why open myself up for an indignant, or even disdainful response from someone who clearly believes the Japanese were wrong? There are many who unquestioningly believe the US was justified in using atomic bombs, and actively defend their positions.

Lots of people wouldn't bother to speak up.

My mom is a Hiroshima survivor.

She was a surgeon in a hospital located a couple of blocks from ground zero. She was scheduled to be in surgery at the time of detonation, but was spared certain death because she missed her train the night before.

My mom was close enough to hear the B-29 bombers overhead, and even went outside to watch them, not realizing their deadly mission. Then she felt a powerful blast.

Afterwards, my mom walked into Hiroshima, looking for a city that no longer existed. To this day there experiences she cannot bear to share from that walk.

Roughly half were killed on the days the bombs dropped. More were disfigured or lived with complications. Compounding the injuries and illnesses was the deliberate silence and misleading information that followed.

I am not speaking up to defend the actions of the Japanese or the Americans. Nor is it my intent to cast blame.

I am compelled to speak for the victims. For those who cannot speak for themselves. For the innocent who pay the price for our actions or inaction.

I speak, because around the world, there are too many whose voices have been stripped, silenced or ignored, and I am privileged to live in a country that protects my free speech.

And I speak because the price of silence is compliance.

The price is unchallenged and misguided fears, and the abuse of power.

The price is too high.

Later that day my friend stopped me, he had read the article, and then given it to his teenage son to read.

I said goodbye knowing that I spoke for atomic bomb victims, and hopeful that my voice will make a difference through my friend and his son.

A call for peace.

There is a cenotaph at the Hiroshima Peace Park, an empty tomb, where the names of all the atomic bomb victims are placed once they pass away.

My uncle’s name is there.

One day my mom's name will be placed there as well.

The cenotaph is covered by a saddle shaped shelter so the victims will find shelter from the fire that rained down on them. They cried out for water and respite after the bomb.

May they finally find peace.

And may we give them voice.

My mother is the amazingly talented and inspirational Sachiko Kohara Okamoto, M.D. She was a surgeon in Japan, and then later immigrated to the U.S. where she gave up her career to raise her family.

When I was in junior high, she earned her M.D. and restarted her career as a general practitioner. She was in her mid 50's. My mom practiced medicine for over 20 years, and inspired me to restart my career to give my voice to those without.

To learn more about Hiroshima or Nagasaki:

Ground Zero. After the United States detonated an atomic bomb at Hiroshima on August 6, 1945, the U.S. government restricted the circulation of images of the bomb's deadly effect. President Truman dispatched some 1,150 military personnel and civilians, including photographers, to record the destruction as part of the United States Strategic Bombing Survey.

‘Nagasaki: Life After Nuclear War,’ by Susan Southard Learn what happened in Nagasaki after the second atomic bomb.