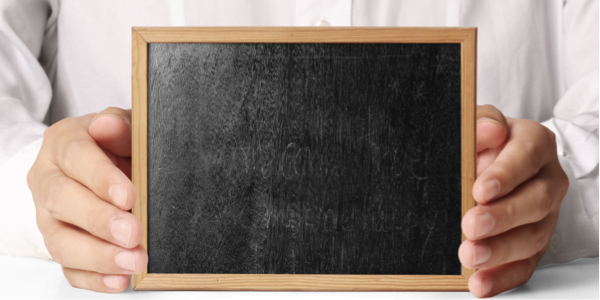 Powerful and compelling communication is rich in imagery, but imagery does not always have to be visual. Learn to use your words!

How much saturated fat is in a large bag of movie popcorn?

According to the 2009 Center for Science in the Public Interest (CSPI) report^1, if you buy from Regal Entertainment Group, you'll consume 60 grams of saturated fat.

That's the same amount of saturated fat as in 6 McDonald's Big Macs^2.

Imagine captivating your audience's imagination without a single PowerPoint slide. The following is an excerpt from John F. Kennedy’s 1962 moon speech at Rice University. He described the timeline of man’s first 50,000 years in terms of 50 years.

"No man can fully grasp how far and how fast we have come, but condense, if you will, the 50,000 years of man¹s recorded history in a time span of but a half-century. Stated in these terms, we know very little about the first 40 years, except at the end of them advanced man had learned to use the skins of animals to cover them. Then about 10 years ago, under this standard, man emerged from his caves to construct other kinds of shelter.

Only five years ago man learned to write and use a cart with wheels. Christianity began less than two years ago. The printing press came this year, and then less than two months ago, during this whole 50-year span of human history, the steam engine provided a new source of power.

Newton explored the meaning of gravity. Last month electric lights and telephones and automobiles and airplanes became available. Only last week did we develop penicillin and television and nuclear power, and now if America's new spacecraft succeeds in reaching Venus, we will have literally reached the stars before midnight tonight."

Here's a link to the first chapter of Made to Stick: Why Some Ideas Survive and Others Die by Chip Heath and Dan Heath. They present a checklist to improve the "stickiness" of communication. In the introduction they retell the 1992 CSPI story of Art Silverman who graphically compared the amount of saturated fat in movie theater popcorn to the amount of fat in a bacon and eggs breakfast, a Big Mac and fries lunch and a steak dinner - combined.